How to Use Triggers to Boost Adoption For Your Business

What if we told you that you could use the same techniques that make social media apps so engaging in order to boost adoption for your business analytics? Harness the power of triggers and help your users build habits around analytics. 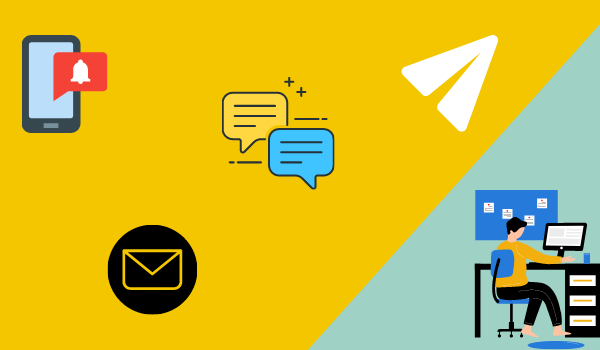 "You have 4 unread messages."

"Andy has commented on a picture you were tagged in."

"Liza has updated her profile picture."

"It’s time for your Spanish lesson"

Do these messages ring a bell? They do if you live in the 21st century. They’re roughly what you see every time you look at your phone. No matter how you feel about these recurring notifications (annoyed, intrigued, amused…), one thing’s for sure: they keep you coming back for more. They remind you that you might have missed out on an important event or piece of information. They nudge you towards accomplishing that task you’ve been putting off. To put it simply: they keep you engaged, whether it’s with your social media or your language learning app.

But there’s more: they can be pretty useful, too. They let you know that you have received that important email or message you’ve been expecting. Just imagine having to open your inbox multiple times a day to make sure you haven’t missed out on anything instead of simply getting the notification on your home screen…

There’s a reason why the most successful tech companies out there have baked these notifications into their products. A reason that’s brilliantly analyzed by Nir Eyal in his best-selling book Hooked: How to Build Habit-Forming Products. In it, he explains how your favorite platforms keep their users engaged through a four-step process he calls “the hooked model”.

And it all begins with the right trigger. Triggers, Nir Eyal argues, are what puts this whole model into motion. They’re what reminds users to engage with the app in order to get a reward and invest more time and energy on the platform. More importantly, they’re the first step towards building new habits.

When you’re the person who’s in charge of implementing analytics across your company, your goal on paper might be to boost adoption, but concretely, what you want to do is help your teams build the habits of using analytics.

The science of triggers

How to build new habits

Anyone who’s in the business of building new habits should learn about operant conditioning. Through the 19th and 20th centuries, behaviorists and psychologists have worked on understanding what pushes people to do what they do. They’ve used triggers and positive or negative reinforcement to modify the behaviors of animals. From these experiments, they have drawn conclusions around the best way to make people build new habits. It roughly goes like this: the subject is exposed to a stimulus, to which they have to react. When they engage in the right kind of behavior, they’re rewarded, which makes them more likely to repeat the behavior in the future. Imagine setting an alarm clock to remind you that you have to go to yoga class (that’s the stimulus). You’ll engage in the behavior (going to the class) and will be rewarded with a rush of endorphins after working out. Week after week, you’ll build a habit of going to yoga class.

Stimuli are the first element of this virtuous cycle. They set the stage for the right behavior.

In the context of building a tech product or a platform, these stimuli are called triggers, and they are the little notifications that you see popping up on your screen.

The two types of triggers

That’s all very interesting, says Nir Eyal in his book, but simply setting up push notifications for your app won’t bring you results. There are two types of triggers that are equally important, he explains. The first type is external triggers: they’re the messages, emails and push notifications we’ve mentioned. The second, and often-overlooked type is internal triggers.

They’re that uncomfortable feeling that makes you behave a certain way. If you’re feeling bored or lonely, you might check out your social media apps. Worried about work? Then you’ll check your emails. Nir Eyal gives product teams the following advice: you have to figure out what are the internal triggers that make your users turn to you, and use them to make external triggers more effective.

In the case of business analytics, the answer is pretty simple: your users look up their numbers when they’re feeling uncertain about their business, when they have unanswered questions about their strategy, or when they want to make sure their sales, their operations or their visits are on the right track.

How to build-in triggers in your analytics platform?

Triggers are a great place to start if you want to promote data culture across your organization. Instead of giving seminars or lengthy explanations about why teams should use analytics, find ways to make it instinctive for them to do so by sending them reminders throughout their day. Triggers are a call to action that pushes users to check their analytics.

You probably want your key figures to stay within a certain, predetermined range. A great way to make sure of this is to send alerts whenever your figures get dangerously close to their limit. This will prompt users to check out the data and act before things spiral out of control.

Do not wait for things to go awry to send your users friendly reminders to check out their analytics. Make sure to highlight any change in trends or patterns. Often, your social media newsfeed will display the most recent information on top to let you know what changed. When sending notifications, make sure to only give partial information to prompt users to head towards the platform to get the full story.

Automated reports are a great way to remind people to use their analytics. The best analytics platform will allow you to set up for these reports to be sent out on a daily or weekly basis, making sure users get a little memory jog to check out their data.

There is a reason why you react quicker when you get a notification about a message that someone sent you (rather than about having walked more than 10,000 steps that day…). We’re prone to react to social triggers. By allowing users to comment on their data and send each other messages directly within the platform, and by sending notifications whenever this happens, you’ll be making sure your platform gets used.

Talk about it in the office

A new way to use analytics

Not so long ago, business users had to intentionally remember to log into their analytics platforms if they wished to get updates about their data. They received no memory joggers directly in their inbox or on their mobile phones. Analytics were not referenced in their interactions with coworkers, and the emails they received included no links that sent them back to the source of their data. This made analytics somewhat divorced from the reality of day-to-day work, and referring to data was more of an exception than a habit.

Business analytics is changing rapidly. Platforms such as Toucan are now using the same techniques that make social media apps so engaging in order to boost adoption. Business users can now receive daily notifications that remind them that they might be missing out on some big shift in their data. Data trends can spark conversations around the office, and analytics is a part and parcel of their office interactions. Analytics get attention from management and teams alike.

And it shows: while the average adoption rate for business analytics platform is 30%, Toucan Toco boasts 80% adoption rate.

If you’d like to learn more about Toucan’s distribution, alerting and notification center, you can head here.