Learning CSS in a day ? Easy ! Build a Pokedex. 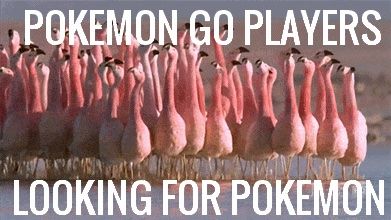 Here is how I practice CSS.

I’m a new dev at Toucan Toco. Here we create dashboards and dataviz apps. I learned how to code by myself a few months ago, and I needed to catch on CSS quickly to make good looking charts.

When you learn a new language, you usually focus only on the main features and on what you think you need to know, but you know nothin’ Jon Snow ! Also, no one wants to watch a 24 hours tutorial… The thing is: it limits you, and you need to aim for an higher goal, in order to surpass yourself.

To learn CSS in a funny and complete way, my mentor gave me the best exercise : create a Pokedex in CSS. Only CSS. And not a poor, flat Pokedex. He asked for 3D effect, shadows, animated buttons, responsive design…

A beautiful and realistic pokedex, in short !

For someone who has been coding for 1 or 2 months, it’s quite a big challenge. CSS is not the first tool you would think about to design that kind of thing ! Svg or canvas would have come to mind first. But it’s the best training you can ever get.

At first you will use basic features of CSS, then it gets incrementally harder as you become better in CSS. You’ll learn a lot of useful tricks to build some details of the pokedex, like using simple div tags to draw different shapes.

Now look at my nice Pokedex: made by a complete beginner in a day, it contains 151 Pokemons inside! 🙂

What you learn when you build a Pokedex :

Here are the various features you’re gonna have to use to build a nice Pokedex in CSS :

Building a Pokedex is a great exercise. At first you just have to create the simple things, like a square with a screen on it. Then, you have to add shadows, buttons, push-effect, radients It uses all the features currently used in webdesign with more and more complexity.

After all, building a Pokedex in CSS is a complete, instructive and funny training. It allows you to use all the features used in CSS today. Next challenge: drawing Pokemons in CSS! 😉

PS : Click the red button ! You’ll have a surprise if you find Pikachu… 😉

You can find all the project on Github: https://github.com/bloodstorms/bloodstorms.github.io

I am looking for more cool way to learn new languages. Check out at this guy, he made all the world’s flags in CSS ! http://flag-icon-css.lip.is/

And you ? What are your favorite ones ?

How Much Do Business Intelligence Tools Cost?

5 challenges of a sales director + how analytics can help