Data Storytelling in Context: When and Why We Tell Stories with Data

From myths and legends to memoirs and diaries, humans use narrative to make sense of the world and ourselves. Stories help us to understand how the things we observe fit together, and what those observations mean for the future. Business is no different: our organizations are human constructs that rely on stories. 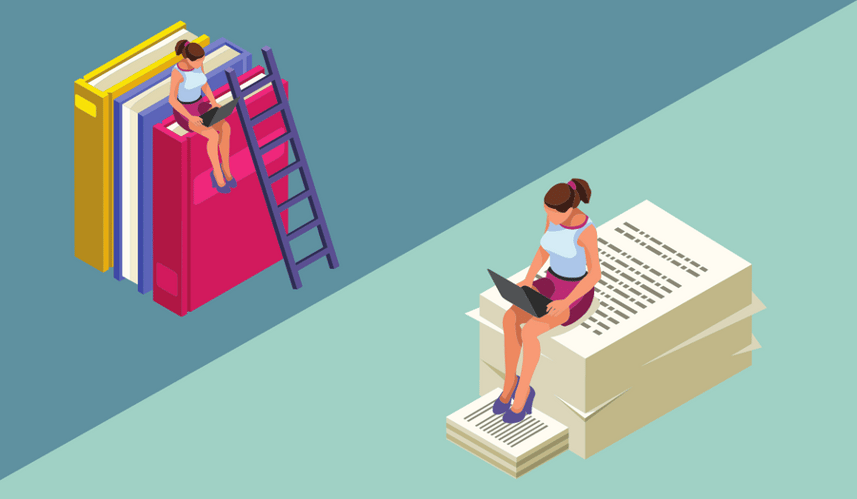 This idea may seem to run counter to the prevailing idea of a “data-driven” enterprise, but as much as we may try, unlike machines, we are led by narratives, not numbers. As long as a human being is in the driver’s seat making the final decisions, there is a need to convert data-driven insights into digestible data stories.

As much as we may try, unlike machines, we are led by narratives, not numbers.

A data story differs from simple analysis in that it provides an observation along with context and a takeaway. While a traditional analysis places the burden on the viewer to identify the insight and understand its significance and ramifications, a data story makes those elements explicit. It weaves the data into a narrative structure that explains the previous state, what happened, and what should be done about it. To make it clearer why the elements are so important, let’s take a look at three scenarios that benefit from data storytelling: a performance review, a project pitch, and a shareholder meeting.

A data-driven performance review focuses on an employee’s key performance indicators (KPIs) and objective and key results (OKRs). KPIs are continuously monitored metrics that relate to the employee’s main responsibilities, while OKRs are metrics that track progress toward a specific goal. Both kinds of metrics should be measurable and therefore numeric.

Consider the following scenario: Employee A, a sales manager, has KPIs such as the average number of new software subscriptions they sell each month and the percentage of leads they are able to convert into new customers. Their OKRs, meanwhile, include increasing the net number of customer accounts they manage by 10 and increasing recurring revenue from their accounts by $500,000 a month. A data analysis might show that even though Employee A met their OKRs, both of their KPIs declined sharply in Q2. When presented with just the numbers, it looks like Employee A might be on a downward trajectory and just scraping by.

A data story, however, brings in the business context. Perhaps in Q2, the company transitioned from selling several different software products to one comprehensive platform, which explains why the number of new subscriptions decreased. Instead of selling 3-4 subscriptions at a time, each sale only resulted in 1 new subscription. At the same time, the simplicity of selling a single subscription freed up time for Employee A to pursue more leads. In Q2, they had the chance to go after not only the most likely customers, but ones further down their list of prospective buyers for whom the conversion rate was naturally lower. 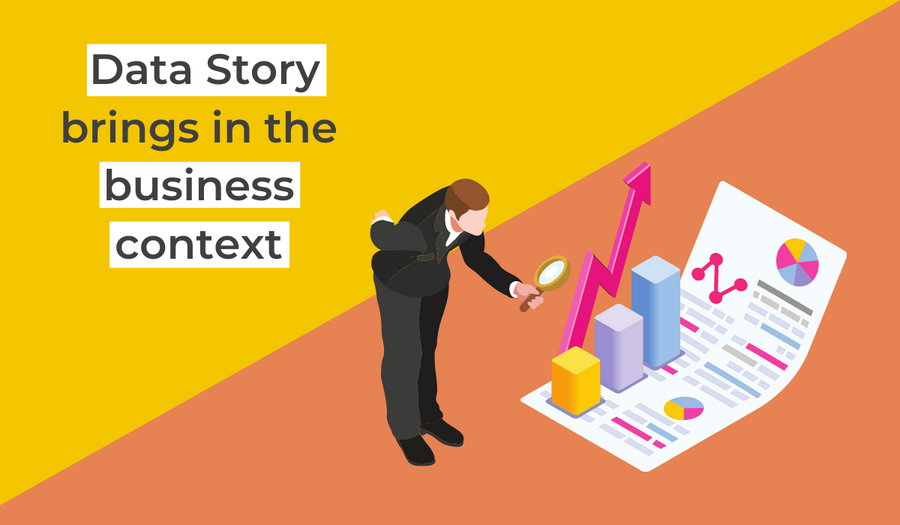 Even though the numbers are the same, the performance reviews are very different. In the first case, the manager’s appraisal might discourage the employee, causing them to change their approach, or even look for another job. In the second case, it’s clear that the employee has in fact been very successful, and it’s the KPIs that should change. In the absence of a data story, the “data-driven” decision might be a poor one, leading to the abandonment of best practices.

Pitches by their nature don’t last very long. They must be clear, punchy, and memorable to break through to executives. Let’s say that a team at a regional bank has identified an opportunity to provide a new service for online financial planning to retail bank customers. They’ve noticed that when the Covid-19 pandemic hit and customers stopped coming into bank branches in person, small account holders stopped using as many secondary services. They simply checked their account balance checks and made withdrawals. 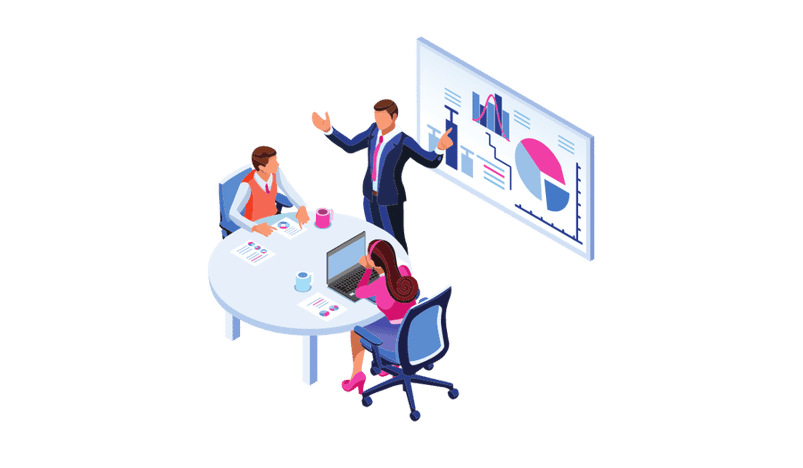 It would be ridiculous for this team to try to make their case by simply flashing a chart showing a decline in service usage on a PowerPoint slide. Instead, they need to tell the story around the data. First, they show the rates at which small retail bank customers used other services in the past; then they show the drop while providing the context of branch closures as context; and finally they make the recommendation to provide online services. This may seem intuitive, but in fact what they’ve communicated is a data story. They made explicit the previous state of affairs, what changed, and what to do about it—rendering the insight in the data digestible and actionable.

While the first scenario told the story of an individual and the second the story of a business line, often executives have to tell the story of the entire enterprise. During an update to shareholders, executives must stand before their investors and discuss the state of the company. Sure, they could just send out a bunch of reports with the company’s performance data. Certainly, institutional investors with the personnel to go over them with a fine-toothed comb would be able to extract the appropriate insights, but they don’t. Why not? Because a story can more effectively communicate what’s going on with the business and where the organization is headed.

Numbers are obviously a big piece of these presentations, but it’s the ability to craft those metrics into a compelling and persuasive narrative that allows executives to instill confidence in their shareholders. Especially for smaller investors, these addresses can direct their attention to what’s important by giving context and explicitly highlighting the most compelling insights.

Hopefully, these examples have shown the wide array of contexts in which data stories play an important role. Although these may seem like trivial observations, the more we are able to recognize when we tell data stories, the more we are able to hone and improve them. Once we begin thinking explicitly in a storytelling mindset, we can seek out the tools that help us do so more effectively.