Data visualization, the key to Netflix’s success: an analysis

Netflix’s strategy is focused on data analysis. As such, the company has developed its own data visualization tool. The goal is to improve data visualization tools to provide relevant information, in real time, on the state of the environment. This is intended for all departments and businesses. Equipping the entire company enables all stakeholders to be assisted in their decision-making or creative process. 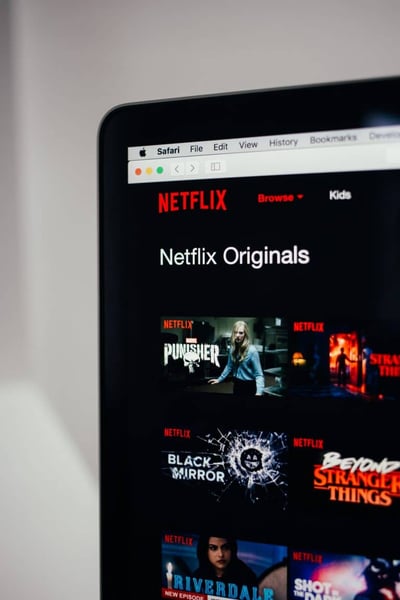 Data visualization: our brain needs less than 250 milliseconds to collect, understand and respond to visual information. On the other hand, comparing multiple tables of raw data requires an effort of abstraction and memory that is simply not possible above a certain volume of data.

Quality data visualization gives managers the ability to handle large volumes of data to reveal possible trends. Thanks to dynamic comparison and cross-referencing tools, managers can uncover hidden information, which can only be exposed through massive data analysis.

With its data visualization tools, Netflix obtains data that has already been compared, sorted and put into perspective. Its teams can simply focus on their decision-making.

Example of data visualization at Netflix:

This visualization provides a real-time overview of connections to the Netflix platform in the United States. This DataViz highlights performance indicators with a map view on the main screen. On the right-hand side of the screen, we see an incident tracking, supplemented by performance indicators over time, such as the number of customer calls and latency.

The screen’s layout is dynamic and can be customized by each user. It provides a real-time understanding of incidents related to connections to the service. Without this tool, assessing metrics was a far more strenuous task. The data is aggregated from several sources and is difficult for a typical employee to access. This data visualization allows their teams to monitor daily activities and prepare simple and relevant presentations for various stakeholders. This is what Netflix calls operational visibility.

The IMPORTANCE OF DATA VISUALIZATION FOR NETFLIX

An upcoming evolution of the tool will highlight recurrences based on data. The data will be updated in real time and provide an optimal overview of the market. The objective is to identify anomalies and trends in order to help decision-makers, according to Netflix’s tech blog.

The same logic applies to the creation of TV shows. Let’s take House of Cards for instance. Netflix’s flagship show was created based on the analysis of subscriber data.

CREATING TV SHOWS BASED ON CONSUMERS’ TASTES AND PREFERENCES

Data analysts analyzed the audience of the original British show. They discovered that the viewers were fans of actor Kevin Spacey and director David Fincher’s films, following an analysis of subscribers’ interests.

This strategy allows Netflix to create successful series time and time again. Indeed, the company renews over 80% of its seasons, while the industry average sits at 25%. Data analysis presents a clear competitive advantage. It helps businesses understand consumer needs, and provide a targeted offer.

In this regard, Netflix produced 10 different trailers for its House of Cards show. Each targeted to specific audiences. Kevin Spacey fans watched a trailer in which he was heavily featured, while people interested in shows with female protagonists were targeted with a trailer focused on the series’ female characters.

Data visualization is a solution implemented by companies such as Netflix, Twitter or Amazon to exploit their data.

Netflix owes its growth to its strategic use of collected data. With 150 million subscribers, the company possesses a colossal amount of information about its users. This Big Data Management strategy provides a new approach to reporting and show creation.

Furthermore, data visualization unifies data understanding. Indeed, raw data sets can be ambiguous, as all readers can draw their own conclusions.

Data visualization nullifies this effect and makes data accessible and easy to share. Netflix uses dataviz tools to achieve its communication, reporting and production objectives. Managers access their data in real time. They can monitor the company’s activity while relying on predictive analysis to make more informed decisions.

Transform your data into business insights

Build your Data Story in less than 10 minutes

Your guide to data visualization: what it is and how to use it