Objective : Shows the trend of a variation between a date t and t+1 by entity.

The slope graph is a variant of the line graph, invented by Edward Tufte. Like the linegraph, it allows a change between points to be presented by a line.

However, the difference is that a slope graph compares only two points to each other, whereas the lines in a line graph can pass through many points. This type of data visualization allows you to highlight a rapid rise or fall very clearly. Reading is fast and intuitive. Important information can be communicated quickly and efficiently.

They are often used to present a change over a period of time. In particular, it is possible to present a "before / after" for different values by comparing them at two different dates.

The linked values are connected by sloping lines. A slope graph pcan also be used to compare two groups, or to present the relationships between two categories on two values that are not necessarily related to each other.

For example, one side of the graph may correspond to the population of a country, and the other side to the number of billionaires in that country. The slopes can then be used to highlight which sparsely populated countries have many billionaires and vice versa.

In this example, the graph shows how each state in the USA produces its electrical energy:

The graph can be read by observing the lines connecting the connected values.The slope between the points indicates a significant rise or fall. The graph can also show that there has been no great change between two periods, if the values have remained similar.

Typically, a slope graph runs from top to bottom. It first presents the major information, then goes into detail as the values are presented. Colors can be used to further highlight the most important data.

A slope graph is very useful if you want your audience to focus on the start and end points It also allows you to highlight a hierarchy between categories, the values associated with each of the two groups, and the differences between the slopes.

However, if there is a lot of variation in the data between the two that needs to be highlighted, it is best to use a line graph. Similarly, too many values and categories presented on the same slope graph can make it difficult to read. However, interactive diagrams solve this problem by allowing values to be filtered by various criteria. 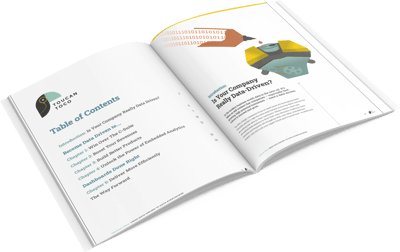